This ad starred Ronn Moss of Bold and The Beautiful fame. We followed him everywhere with a camera for days, it could have turned into a reality TV show. Directed by Dogboy. MADC Awards 2006.

Voteronn.com was a site created to leverage the use of Ronn Moss in the Australian Fresh campaign. It was launched in the lead up to Australia Day and prompted you to vote for Ronn to be Australian of the year. It continued the theme of ‘you can tell when it’s not all Aussie.’ 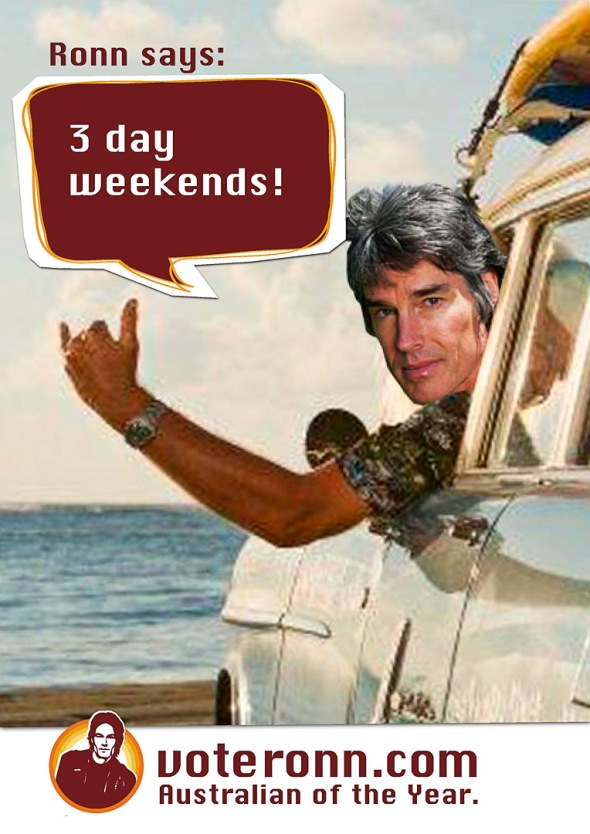